Janet Wang, along with Helen Wu and Melody Chang, are hosts of AsianBossGirl (ABG), a podcast for the modern Asian American woman. Janet graduated from UCSD in 2007 with a degree in Mathematics and Economics, minoring in IR. She began her career at Deloitte, but has pivoted into many careers ranging from consulting, to brand strategy, and UX design for the past decade. She now works on ABG full-time. 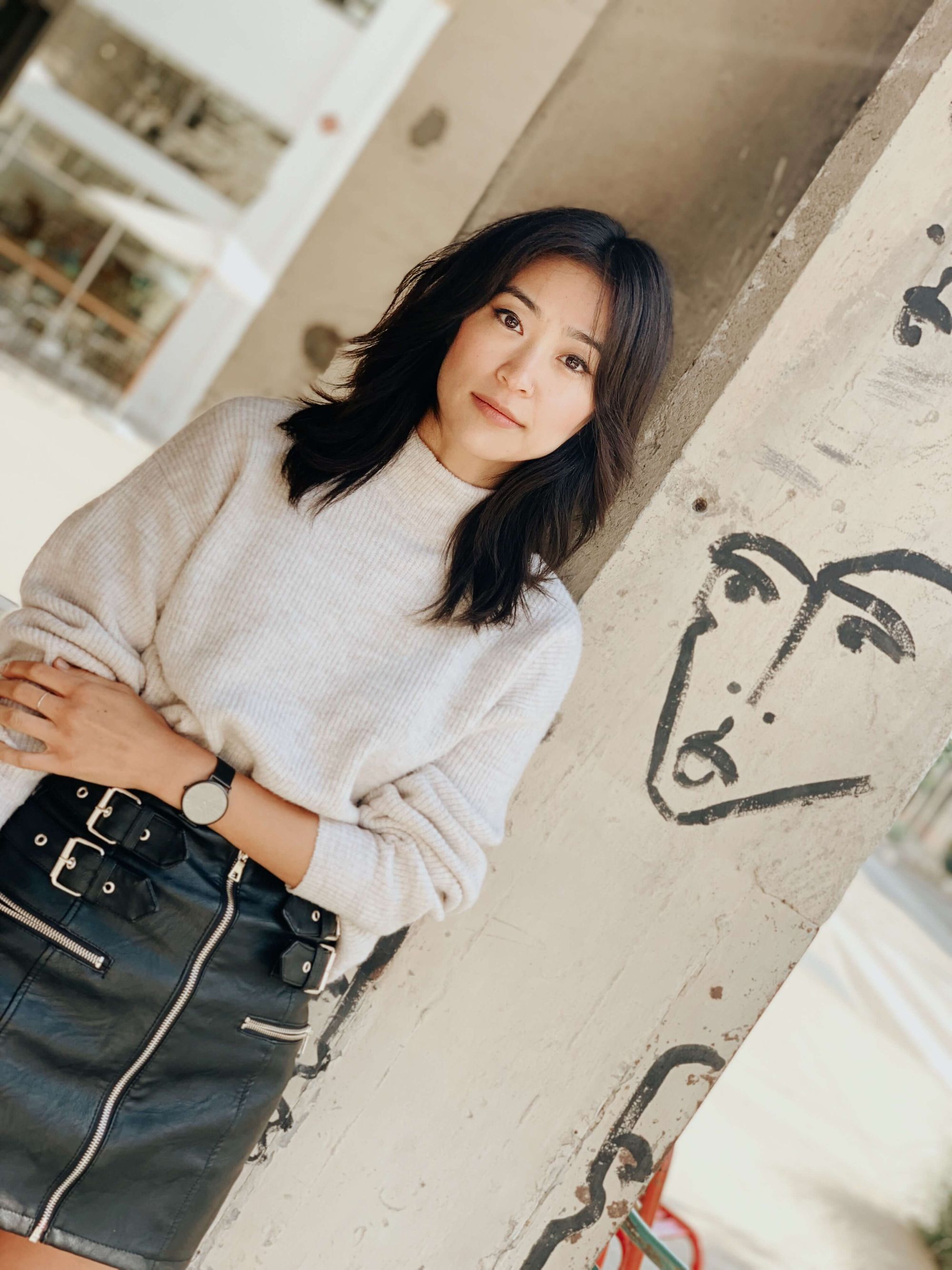 I see from your education experiences, you’ve had a bit of a pivot from majoring in Econ/Math in undergrad, working at Deloitte, then transitioning into user experience before running ABG full-time; how did you make that discovery and how did you decide on committing to that path?

So my first job out of college actually was directly related to what I studied; I worked at a smaller department called Global Transfer Pricing at Deloitte. So I was at a big four accounting firm working within their international tax department and everyone had a background very similar to me--math. Economics was a good match for the technical side. And finally, because it dealt with like international transactions, my minor in international relations was a good fit as well. So I definitely studied kind of what was traditionally, I felt, a safer path.

But I kind of knew by week two, that this isn’t what I wanted to do. Then the struggle became like figuring out what else there was out there. And finally, after two and a half years, even though I didn't know what else I wanted to go into, I decided I needed time away to explore. So I actually left my job and kind of took a bit of a downtime period where I tried out random internships and did some freelance work. I focused a lot on social entrepreneurship, which interested me since I wanted to apply the business solutions I’ve learned to social issues.

I really always had two interests. First, I wanted to help people. Second, I wanted to do something artistic or creative. But those are such broad statements, I couldn't figure out how to make them come together or exactly what they meant. So social entrepreneurship, which catered towards the former, was the first thing I looked at after leaving, but I soon realized that it'd be hard to get a job without much work experience. It also wouldn’t be enough financially to sustain my lifestyle and needs. Then I looked into advertising, which was kind of then pursuing the more creative artistic route, but it felt too profit driven and competitive.Finally, I found UX design--the perfect combination of all the things that I felt were valuable. There were a lot of permutations and experimentation, but I felt that ultimately, it was the right choice because it hit the three core things that I was looking for: doing something creative, helping people, and still maintaining job security. You’ve had tons of other cool experiences like volunteering in Kenya and taking traditional medicine classes -- how were these experiences and how did they come about?

I always like to answer this by saying that courage and stupidity are very closely related. Some things that someone might define as courageous, in hindsight, you might define as maybe more naive, right? I think it's easier to take risks when you don't really necessarily understand all of the repercussions. And I think that was definitely my case. I also just had very supportive parents. They were concerned, of course, so we had multiple conversations about, you know, do you have a plan? The ABG (AsianBossGirl) Podcast started out from you, Helen, and Melody talking over wine, and now has grown into a booming podcast with a loyal fanbase; tell me about its journey!

I guess it started because the three of us share a lot of mutual friends working in new media like YouTube, and actually bonded over not being in new media--we all had full-time nine to five plus jobs in other industries! I was working in tech at the time, Helen in finance, and Mel in e-commerce fashion. Our friends kind of saw this dynamic between the three of us and encouraged us to try doing some creative projects together. It started out just for fun, but we all shared the same passion of wanting to do creative work outside of our jobs that we really did apply ourselves in this. Even more of a motivator was that there was an aspect to it that felt very purposeful and meaningful in that we were representing a perspective or a voice that was heavily lacking in the space. So the moment we got a podcast up on air, and we started getting emails from young girls sharing personal stories and things like that, we were like, “wow, okay, this is really something that is really important”.

But still, like I said earlier, you always have to have a plan before jumping into something. We still maintained our jobs while doing this on the side for two years. When it finally got to a point where we started feeling the demand for projects and events and being unable to commit to things because of our schedules and our work, we sat down together, made a plan, and said “okay, let’s try this (see “We Left Our Jobs!”)” .

We’re trying to expand our merchandise, do more speaking events, and ultimately expand as a media company while continue our mission of being a voice for young Asian American women. So, it's been a really exciting path, but it's also not been overnight -- it's taken a lot of commitment and work and we're really excited to see where it's gonna go. 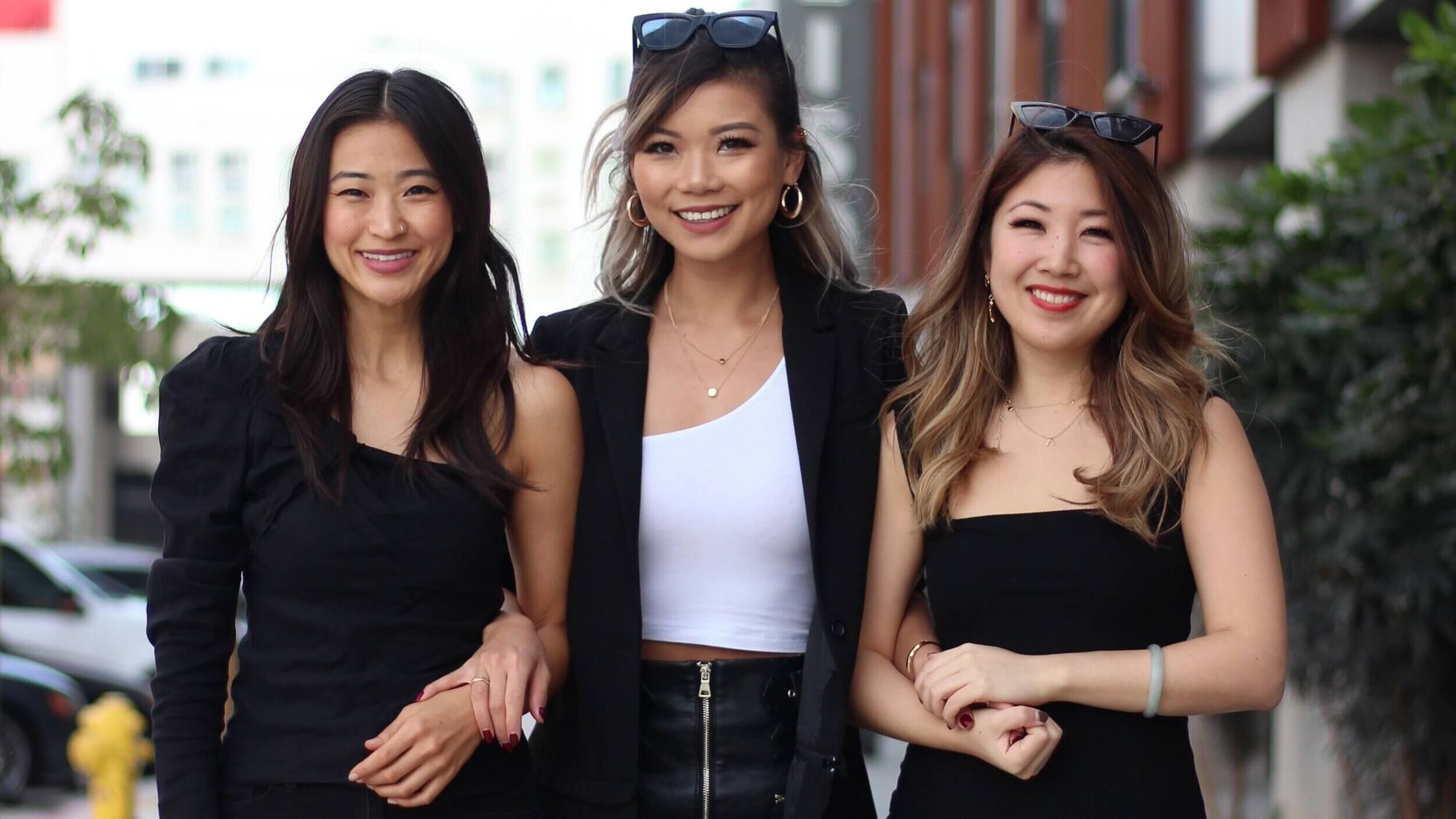 For our podcast, I think our listeners deeply relate to us because we do try to be very vulnerable and very open. We’ve learned that the more personal we get, the more that people will connect. I think that is very unique to our podcast space. There might be other shows that talk about the Asian American experience, but they might focus more on topics, while we focus mainly on our personal experience perspective that has a more human aspect that people will connect to. 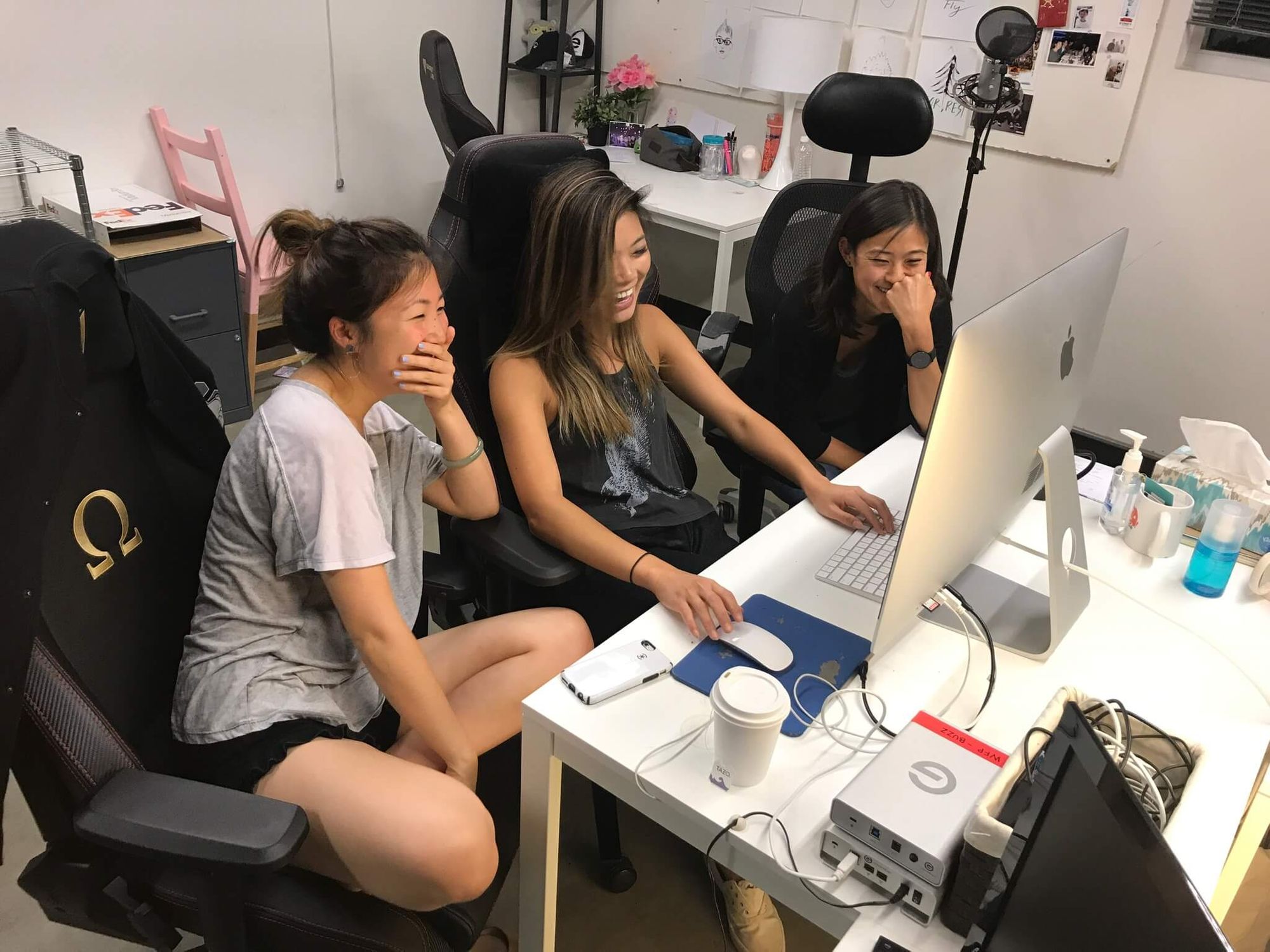 I know you guys did an episode focused on finding the right career, so how did you figure out those three values you talked about earlier? What kind of advice would you give to a graduate who doesn't really know what they value in a career?

I think that’s a very, very good question. Honestly, I didn't know when I first graduated. You have to think through what's important to you. There's actually an exercise that Helen did with her therapist after she quit her job, where you go through like 100 values and sort out what your priorities are. Is it family? Is it reputation, financial stability, or all those things? I would say the most important thing is just to maybe establish some values for now, and then go into your first job and constantly be checking in with yourself about how your values change.

If you don’t know what you’re interested in, find an opportunity where you can learn the most. Though I ultimately did not want to do work at Deloitte, they're still a strong company with a great entry level program. So whatever I learned during the two and a half years, I definitely applied in my other jobs going forward. If you don’t like a job and want to change it, first think about why you want to change, and then find another job. Conversely, if you love a job, think about what you like about the job and constantly check back in with your value system.

How do you think your perspectives on your life and career have changed since you graduated college? What would you tell yourself from back then now?

I think I learned that, first of all, your career and success are not a linear path. It's especially challenging for someone who just graduated like you said, feeling like they only have X amount of options. What you’ll see is that in three years, people land in different places, then in five years, someone who seemed ahead might now seem behind. In 10, everyone’s path turns out so differently. If you want to explore, have the guts to follow through. But do make sure you have a plan, so you can make sure you feel secure financially. For example, Helen only quit her job to do ABG full-time after experimenting while working simultaneously! But I think that no matter how you do it, just don't be afraid to try things and don't think that you have to switch your job to try something; you could do a side project! But yeah, the time to experiment is definitely when you’re young. If someone's reading this and they've never heard of ABG before, what is your favorite episode or one you’d recommend to a new listener?

I actually want to recommend two episodes, the first one being on gratitude. We try to do a good mix of serious and fun, light-hearted content, and I think this one, given just the state of the world right now and everything that's happening, was just very helpful without being too heavy. We tried to offer some pretty applicable things, like actual exercises that people can do that might help them be more introspective about themselves and how they can connect with what's happening in the world. The second is called “Periods & Poops,” a silly example of how we're not afraid to talk about the things that sound or feel a little taboo. It also showcases just how different the three of our personalities are!

All photos provided by Janet or taken from the ABG website. Ryan Cheney on Entrepreneurship, Chocolate, and Self Discovery

Ryan Cheney is the current Founder and Executive Chair of Raaka, an unroasted dark chocolate company that focuses on the trade transparency of their cacao sourcing.