Danny Cabrera graduated from the University of Pennsylvania School of Engineering and Applied Sciences in 2014 and is a cofounder of BioBots, a company building tools to design and engineer life. Danny created BioBots's core product, a 3D living tissue printer, while he was a student at Penn.

Editor: A curious group at Penn which I was a part had been closely following the revolution in synthetic biology. We felt biology and life was becoming as exciting as personal computing in the 1980s. Danny Cabrera was at the center of all the excitement. We met with him to unfold his vision for a society where life can be engineered like everything else, and the story behind how he became enamored with an idea called BioBots.

This interview was conducted by Rajiv Patel O’Connor, a cofounder of The Sign.al currently on sabbatical in San Francisco

What is your background. Describe the path that has led you to where you are.

When I started college, I was really interested in science fiction. I was motivated by it and excited about the cool things described in science fiction novels. I totally bought into the idea or premise that to survive or to extend the lifetime of humanity, we need get out of Earth and become a multi-planetary species. So when I started going to school and studying math and physics and was thinking that building rockets and stuff was going to be the way or limiting factor of getting to other planets. But quickly, I realized that getting there wasn’t the biggest hurdle: it was what happens when you get there. I started looking for alternatives or other ways that we could terraform planets or even establish human colonies. It was still an intellectual frame of something to think about. It was then that I stumbled into this emerging field of synthetic biology which is the idea of using life as a manufacturing technology to build useful things. It seemed like the ultimate answer.

You could have living things that could help us on other planets. I didn’t know too much biology, but I started getting excited about it and thinking about ways to learn. I started working in a lab in Miami, where I was going to school at the time, doing any kind of research that I could, and it ended up being drug discovery work. I learned a lot about the way we are doing drug discovery and spent a lot of time learning to use pipettes and doing manual biology work under a post-doc. I kinda realized that it was pretty slow and pretty shitty to do everything by hand and also that the way that we are analyzing data is not really automated. So I started working on software to automate a little of the workflow and the process of designing and developing drugs. And then from there, after I graduated, I spent a year and a half working in the lab and then a summer at UC Berkeley learning to integrate some of basic biology with different ways to fabricate miniature devices; it was microfluidics work and I was just interested in how I could begin to combine biology with other hard sciences because biology seemed like a pretty difficult system to model. Building ways to minimize and simplify a little bit could be better and obviously, having digital fabrication tools to do that would only make biology or the way we understand biology more and more robust. From there, I transferred out of the community college and came over to Penn. I was part of the Internationally Genetically Engineered Machines (iGEM) team competition that is mostly run by undergraduates across the world.

Every year iGem gets together at MIT, and there is a big conference where we compete. It’s basically a project where teams of undergraduates spend the summer designing new organisms. I thought it was pretty sweet way to one, work with others who have similar interests and two, develop a new organism. Our project was really successful. We won first place in North America, but from working in a lab for so long, I learned the problems we were facing and the hurdles that would have to be crossed if we wanted to engineer living things. Some of those is that biology is done in 2D, which is not a good way of modeling a 3D system, which is what our bodies are, and two, biology is really manual and we need tools to automate that. So I had a friend who was working on 3D printing and we blended these two things and built BioBots. And that’s where the real vision for BioBots. The first product was a 3D bio-printer that prints 3D living tissue. It’s digital and it does a 3D thing. It’s really the first step in the process of building tools to empower people to build life.

What are you doing now?

So we started it my senior year in college and we were building devices on top of a bar here in Philly. We won a PennVention and got a little cash. I was going to get a Ph.D. at Penn with my buddy Ricky D Solorzano. So I was going to go to med school, but we promised ourselves that we could sell a few of these units and get a little more cash. So we’d defer or drop out. We were able to sell our first prototypes to labs around the Philly area which was enough momentum to get us into an accelerator in Philly and get us a little more money, office space, and a ton of great business mentors, which absolutely helped and were instrumental. This was enough to defer out of grad school and with that we designed a beta-program where we built a really early-stage beta unit and we partnered off with fifty of the top researchers across the world. It was extremely successful. We sold all of those units for $5000 and it was enough to keep going and enough traction to raise a seed round. With that money, we started working with these early collaborators, incorporating their feedback into new products and grew out the team and mature the product a lot. It has been a pretty sweet ride.

Right now, my main roles are to continue pushing out the product. I’m the main salesman. I’m also, in general, trying to focus the entire team. We have three core technologies: hardware, software, and wetware. I try to make sure all three of those are moving in the same direction and that we’re really pushing out with the technologies we develop, as well as the technology is aligned with the vision really empowering people to do interesting and helpful things using biology.

How are your personal values aligned with your company values?

I have a go-getter attitude and I get motivated by big problems and challenges. I think this gets passed on through everybody else. The problem we’re solving is a pretty ginormous thing. We’re trying to figure how to engineer and design life which is, if not the most, one of the most audacious things one could do. We are pretty uncompromising in that goal and how we go about it.

We are extremely hard-working and we all love this idea of how powerful biology is and how we can take control of it and doing incredibly useful things with it. That is the toxic part of this and that’s what’s awesome. We’re definitely all smoking the same thing when we’re talking about that.

Advice for people looking to get into biotech startup space?

A lot of things I noticed when we were getting into this, we’d end up talking to people working in this biotech world for a while and were entrenched in thinking that that doing business in this space had to be done a certain way. This view was really sort of unappealing and not sort of culturally what I think of how to do business. And instead of listening to them and their advice or cautionary tales, we set out to build the business we wanted and try to change the biotech world to reflect more of what we thought business should be. So in general, listen to your mentors and listen to your advisors, but don’t let them influence you too much.

What we’re doing is really complex and it’s risky to think that we can do what we’re doing. But for me, the biggest risk was not going the credit-score route. It’s what I was planning on doing most of my undergrad career. And then, after that, going out on a limb and raising money from investors. I think I feel a sense of responsibility to them, to making returns. I don’t know if it’s risky, but it’s added another dimension of responsibility. The biggest thing is making sure the business is continuing to grow quickly because we’ve got a great team of people that are all counting on that happening and the worst thing that could happen is if I let them down. Not just letting myself down for this great, grand vision we want to accomplish, but the investors because they also believe in it, and even more importantly, letting my friends and co-workers down.

Do you ever feel a responsibility to contribute to something bigger?

It’s hard to think of something bigger than humanity. I don’t just owe it to myself or my coworkers or even my investors, but also to all of humanity, including those who haven’t been born yet.

What goes through your mind when you’re assembling a team?

We’re a pretty small company, and what we look for is that, one, you believe in what we’re doing. That this future is going to be real and you believe there is going to be a time when we can design living things on our laptops and print them on our desktops. Two, you can really excel in unstructured environment. As a small team, we don’t have managers and we can’t micromanage people, so we really need people who can excel in that environment.

Where do you hope to be five years from now? Ten years? Twenty years?

Right now we’re really focused on making clients happy and delivering a lot of value to them. Them is mainly tissue engineers and material scientists, people trying to build 3D tissues. Five years from now, I see us in a position to enter the general tissue market, and display traditional tissue culture technology. Every lab should be doing biology in 3D. Ten years from, I hope we can automate other parts of the lab. And in twenty years, I hope we are closer to the stream of having a fully automated lab controlled by one student on his laptop. Kind of like writing code.

What kind of legacy do you want to leave behind?

I hope BioBots can inspire other companies to think about the kinds of products they can build that can have an effect on humanity and think about this larger problem of touching and designing and engineering living things and how do we do that. And if that’s the legacy we can leave behind, I don’t think I could be much happier.

Disclaimers: The views presented here are solely those of the interviewee. They do not represent BioBots or any of the other individuals or institutions named above.

Will Yoo
https://twitter.com/willyoo42
Futurist and historian with my eye on Innovation. I'm here to push the passionate to both save and savor the world we live in.
Read More 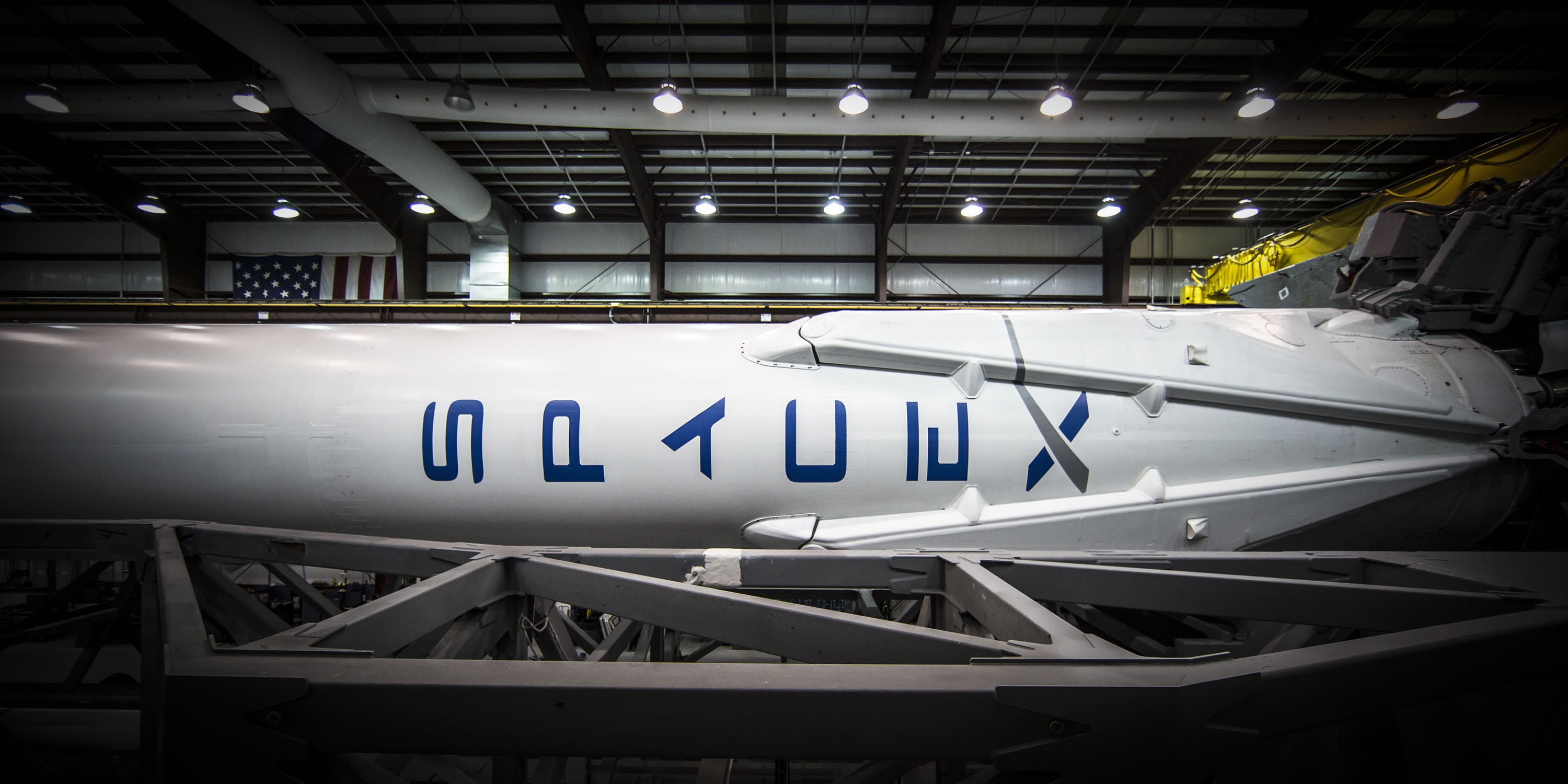 Marcos talks about how he used his time at Penn to pursue his passions, and now he find himself empowered with SpaceX's mission to change the world.