Do you have any advice for students here interested in media and entertainment?

Part of the rewards of this industry is that I’m using every part of my left brain and right brain. I work in film and television distribution; this is an interdisciplinary field and that is what’s so exciting to me. For example, we had Snapchat in here the other day who’s now having discussions with us on developing original content for them. So Snapchat users could watch a series that involves some sort of interactive component. All these emerging digital platforms want to tell stories in the way that their users are used to—holding a device or in short form that’s seven minutes or less. We have this meeting here at Lionsgate every Monday where the heads of every division get in a room and we talk about the weekend, about which movies performed well and which didn't and why. We have our production executives there and we also look at the whole worldwide industry. We just talked about the latest Fast and Furious movie that came out two weeks ago. In its opening weekend in China, it did just under $200 million. I believe as of today in one territory in China, the movie has made over $400 million! It’s so staggering that the Chinese market has become such a behemoth in terms of its appetite for Western content. It's incredible. According to the Economist, China's box-office revenues are expected to surpass that of the US by 2018.

So you think about all these things like technology, globalization, public versus private…that sort of thing is part of every week that I work here and it's fantastic. To be able to walk into this building and have someone hand me a script the way that they did yesterday—“Here’s a script about the Irish troubles in the 1970s that involved conflict between Britain and Ireland; read it and tell me what it’s worth.” That is the best thing that could ever happen!

It’s like, here's a piece of content, read it and then postulate a business model for how we can make this content profitably. I just love that.

How does one even prepare for such an interdisciplinary job like that?

I don't think you can prepare for it. But what you should know is that the industry invites curious people. We just finished our recruiting for the summer—I have two MBA's coming. Last year I had one from Wharton, this year from NYU and USC and then I have an undergrad coming from Yale. And you know we were evaluating the whole package. The most important thing for me was a demonstrated curiosity for this industry. That is lengths beyond somebody who scored 780 or whatever a high score is in the GMAT.

The industry is unstructured. So what we need is people that are self-starters but also creative thinkers that have a foundation of analytical thinking. I personally looked for curiosity and passion. Because of what I just described about media being a highly interdisciplinary industry, somebody who's interested in so many different things is going to thrive here. And I don't think you can get all the right advice from one person so that's what I love about The Sign.al, in that there are different articles about different people at different stages of their careers.

I have this religious thing that I do every Sunday where I go on a run or a hike and then I buy a Sunday New York Times. In the business section of the Times, there's this article on the second page called The Corner Office. It's a short interview with a CEO and they ask some of these similar questions and get perspective. They have pharmaceutical CEO’s, they have people in the public sector, they have entrepreneurs that launched brands and companies. I love reading this article because people have a range of perspectives and I borrow them especially with regard to management style. At this stage in my career, I've become a coach and I'm running a division here. I'm really paying attention to how you motivate and rally a group of people around an objective.

In this case, I work for a commercial company. We have a business plan. We have to hit $330 million of revenue this year. So how do I manage this group of people towards that goal? I pick up things from this series of articles, and this is just my way of saying that I hope your readers read more than just the interview with Lawrence Szabo.

There's a range of experience based on the skills that we have and it pays to really listen to a range of career paths and opinions.

This year between Lionsgate and Starz we'll invest $1.8 billion in content across both sides of the company, the feature side and the TV series side. This is the most electric part of being a studio chief. There are only seven of these jobs [across the seven major studios] and you're tasked with deciding how to spend this $1.8 billion.

La La Land was one of Lionsgate's very first musicals. What was it like pitching that and seeing it come to life?

Every studio is looking for that tentpole franchise that thrives in successive installments like the Hunger Games, which we made four movies of over the course of four years. The benefits that the big franchises deliver are that they allow studios to develop brand extensions. So Hunger Games has extended its monetizable brand into the interactive space with games, theme parks, and television. But beyond that, every studio has this, I’ll call it this for lack of a better word, “R&D budget” where they pick up truly original ideas that have low production cost with the possibility of high return. And that's the category of La La Land. La La Land is regarded as one of the best movies of 2016, winning 6 Academy Awards from a record-tying 14 nominations. Source: Lionsgate.

This is so indicative of the way things happen in Hollywood. Damien Chazelle, our director, tried to get that picture set up ever since he graduated from Harvard; he wrote it while he was a senior there. When he came to Hollywood, he went around to all the studios and said he can make this movie for a million dollars and he got turned down by everyone. And then he said, hey I can't get this movie made about two artists and jazz, so I'm going to focus on another movie called Whiplash. He made Whiplash and it got nominated for five Oscars and J.K. Simmons won the Oscar for best-supporting actor.

The second that happened, people came knocking on his door asking about La La Land. And the funny story with La La Land is that there was another studio that shall remain nameless. They told Damien that they wanted to move the setting from Los Angeles to Boston and change the subject matter from jazz to rock. Can you imagine La La Land being made in Boston about a rocker? I mean this is the way that projects take shape. The rest is history.

Disclaimers: The views presented here are solely those of the interviewee. They do not represent Lionsgate, MGM, or any of the other individuals or institutions named above. 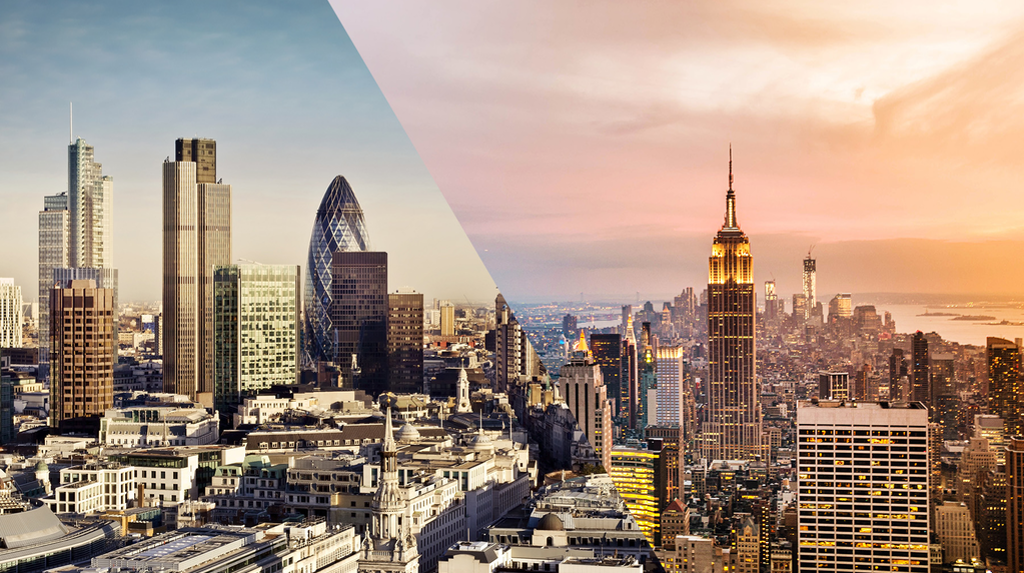