Roy Vagelos on Business, Medicine, and Leaving a Legacy


With a background in medicine, academia, and business, Dr. P. Roy Vagelos was the CEO of Merck & Co. from 1985 to 1994. After earning his B.S. in Chemistry at Penn, he went to the Columbia University School of Medicine before pivoting into biomedical research at several research institutes. He joined Merck in 1975 as head of the Merck Research Laboratories and later became CEO. He lead several visionary projects there, including the creation of the first statin and the decision to distribute Ivermectin free of charge for patients with river blindness.

As author of more than 100 scientific papers, he has been awarded numerous accolades across academic institutions and research organizations alike. Before retiring from his leadership role in the early 1990s, Merck had become the world’s leader in the pharmaceutical industry. Today, Dr. Vagelos serves as the Chairman of the Board of Regeneron Pharmaceuticals and maintains strong advocacy for medical advancements through philanthropic activities spanning academia and industry. Going back to the start, can you speak about your mindset wanting to be a physician and researcher before you joined Merck?

Growing up my family owned a small restaurant in Rahway, New Jersey and while my paternal grandfather was a doctor in Greece, my immediate surroundings were the chemists and engineers from Merck who were our restaurant customers. The advice was to follow the science and see where it might lead you. I went to Penn as an undergraduate studying chemistry and looked towards the possibility of medical school to use my knowledge of chemistry for health care and taking care of patients. I was fortunate to have had good experiences. I was good at chemistry; I loved medical school; I loved taking care of patients. I moved in that direction quickly going to Columbia University Medical School and then to the Massachusetts General Hospital for residency. By that time I was sure I wanted to do clinical medicine and take care of patients.

That was my direction until I went to the National Institutes of Health and had an opportunity to work with Earl Stadtman who was an amazing biochemist and an amazing teacher. He showed me how to use every instrument I would need, we talked about experiments I would do, and he even gave me the textbook that he used for his Ph.D. I was really surprised at how interested I became in the research. Although I was taking care of heart patients during that period, I spent more and more of my time in the laboratory, and I was hooked by the research. I was very excited that I could find things in the laboratory that eventually would allow me to do something in health.

How did you make the transition from academia to industry?

I remained at NIH for a total of ten years before going to Washington University in St. Louis Missouri with the idea that I would be closer to patients and medicine again because while I loved doing research, I had guilt feelings about not taking care of patients. That’s why in 1975, when I had a call from old friends at Merck to consider the job as Head of Research I initially was not at all interested in leaving academia and joining a company. But the headquarters was in Rahway, New Jersey and I remembered the Merck people at our family restaurant talking about exciting research on vitamins and early antibiotics. I was relatively knowledgeable about the topic and when Merck called, the hook to be able to visit my parents in Rahway, NJ, next door was pretty good.

I made the visit and noticed that drug discovery was not using enough biochemistry – which could be a much better strategy in my opinion. Pharmaceutical companies at the time used animal models of human disease. They were not focused on individual molecules which was the biochemical approach. And so I met with the CEO and told him that if I came to Merck I would change the approach to drug discovery. I asked if that would be acceptable. He said “yes, if we did not want major change we would not be talking.”

I then asked him, what would happen if the business went flat? He replied: “we would cut back on all aspects of the business: marketing, sales, manufacturing and the staff groups. The last thing we would do is cut back expenses on research because research is our future.”

I was impressed by that and agreed – the future of healthcare is going to be dependent on research. That's got to be an exciting place to be. So I accepted the job and promptly worked on switching all the projects in research to using a biochemical approach for drug discovery. 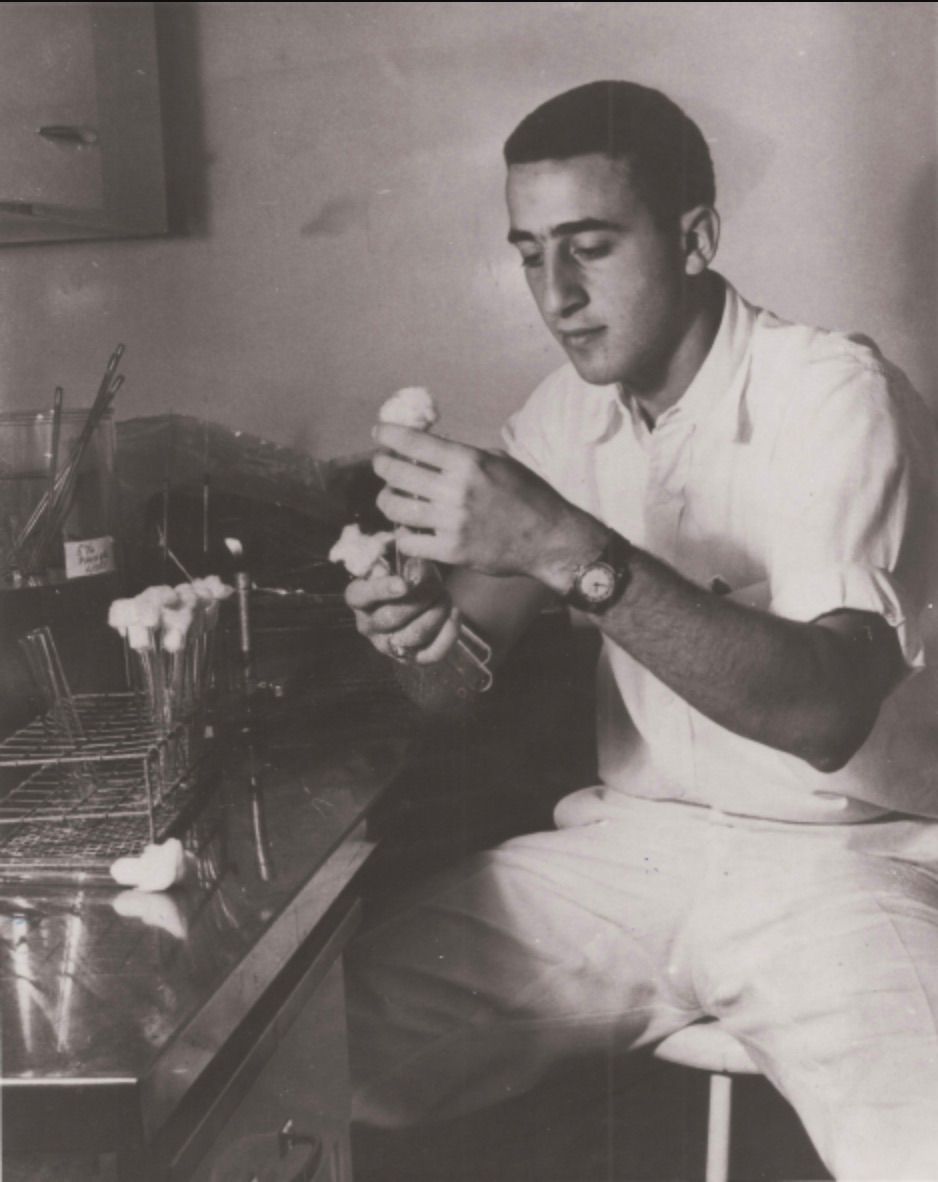 How has your background in research and medicine influenced how you make business decisions?

My background as a physician was incredibly important because what was most important for me was the welfare of the patients. Nothing else would get in the way of that.

Ivermectin, now named Mectizan, for example, was a drug we discovered that was able to control the parasite that caused river blindness in millions of patients. Our experiments showed that Ivermectin was capable of preventing blindness if given as a single dose once a year. We were sure we could sell the drug at a low price to even poor people. But that was naive. The parasite infected populations where the patients had no money at all, many living in remote villages in sub-Saharan Africa. We went to visit these patients and soon realized that, having finished all our studies and preparing to release Ivermectin for use, no one would be able to afford it even for a dollar per year - even a half dollar a year would not do it.

And so I made the decision that the company would not allow costs to be a barrier for these people. Merck would provide the drug free to anyone in the world for as long as it was required. That decision was made in 1987, and now 30 years later, the treatment numbers have grown with the company treating 250 million people in 2015 alone. Now that was a doctor making a decision, not a business person.

How did you balance the financial opposition for that decision with your moral responsibility for the patients?

To justify the decision for shareholders, we look at the potential benefits and potential downsides to the company. The downside for not following through with the decision would be a negative message to your researchers and people of the company.

The motto of Merck, that “medicine is for the patient, not for the profits,” would be a mockery. There was no way that we were not going to get that drug to the patients.

The upside of the decision, which we didn’t know at the time the decision was made, was the extraordinary impact it had on the people at Merck not only in research but in every part of the company. They loved that decision. They were at Merck because they want us to do good things for human health and what could be better than preventing a hundred million people from becoming blind? It also made it possible for Merck to recruit almost anyone we wanted, in every part of the company. People loved working in a company that was truly doing good things for humans and stood behind what they said. The shareholders benefited enormously because the quality of the people decide the quality of the company. Of course the company was also very successful and profitable from the sales of other important drugs in the developed world.

Speaking more broadly about business decisions did you ever consider going back for an MBA?

I did. When I first went to Merck, Henry Gadsden, the CEO at the time, told me “Roy, if you’re going to be in this company, you ought to learn some business.” And I said okay, how would I do that? So they signed me up for Harvard Business School and I agreed to go, despite my official job at the time being Head of Research, where my responsibility was drug discovery. I entered Harvard Business School but only remained a few weeks. I quickly recognized that what I was learning wasn't going to help me at all in drug discovery. Thus, business school was a waste of my time. At that moment I had no idea I would ever enter the Merck business side. My interest was science and I left Harvard Business School.

Most of the things that you do in your life and career you pick up along the way and you learn from your associates.

So my understanding of marketing, sales, manufacturing, corporate law and especially finance came from working very closely with the top people in those areas and learning from them. Also, when you sit down with someone where you are the boss and ask them to brief you about the major things, you should understand their area and expertise. Not only do you get to know the material and person who’s teaching you, but you also give a message to the person who's teaching you that you respect their knowledge. 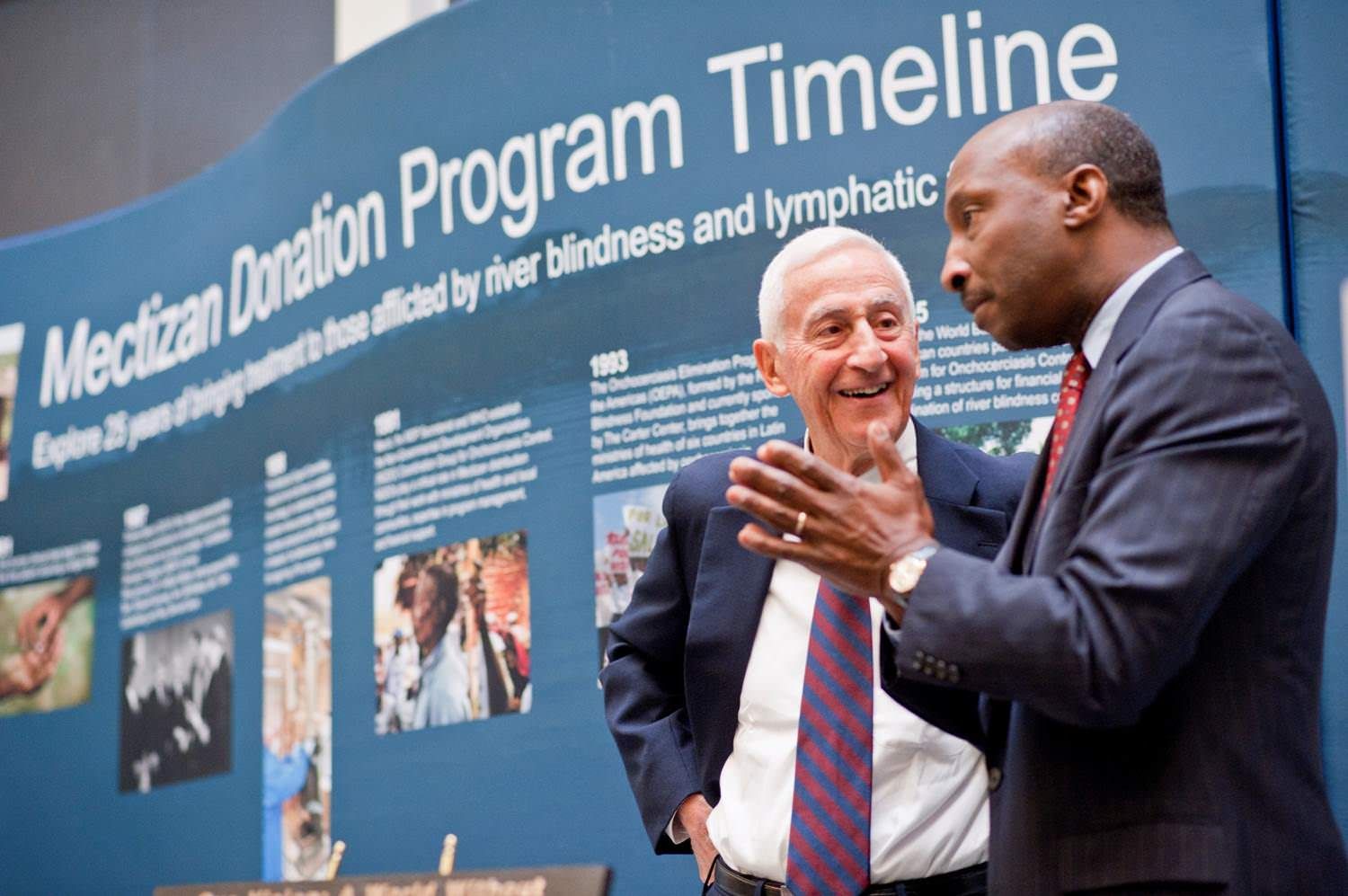 You mentioned learning a lot from those around you especially from ones in mentorship roles. What are some of the key lessons that you've learned from your mentors?

I would say the most important lesson I learned from Earl Stadtman, an amazing biochemist, teacher, and mentor at the National Institutes of Health, was how to work closely with other people, tell them what you know, and let them take full credit for their accomplishments.

For instance, when I was in university and at the NIH, my name was on every paper that came from our laboratories because I was deeply involved in all the details of the experiments carried out by my colleagues who worked with me. But when I went to Merck, I was in charge of many research people. As head of research, it was my job to participate in many of the experiments, suggesting direction, and suggesting specific experiments. Some research leaders put their name on all the papers. Publications are very critical for scientists. But when the head of research puts their name on a publication, it immediately reduces the value of the person who's working under you because you will be seen as the senior person.

The generous thing to do is to leave your name off the paper. I had a rule when I went to Merck in that I insisted my name never be on a publication. If you look at the rest of the industry, the opposite was the case; the head of research was always a co-author. That was my way of indicating that I will hold them responsible for a project. But give them 100% of the credit when they succeed.

Do you have any general life advice for students here at Penn?

Recognize early that your time at Penn gives you a good platform of knowledge, but that you will be learning new things the rest of your lives and your learning will not stop. That's what life is about -- I'm constantly working on things that I don't completely understand. But for me and many others, that’s exciting because it means I’m learning.

All photos used in this article courtesy of Roy Vagelos. Kensho Watanabe on Leaving the Lab for the Stage Kensho Watanabe is Assistant Conductor of The Philadelphia Orchestra. He has lead or served as conductor in numerous operas, including the Curtis Opera Theatre and the