Scott Kraft is a television writer and executive producer who graduated from Penn in 1983 as an English major. After graduation, he spent a few years in New York as an actor before moving to LA. He later became a writer and was nominated for multiple Emmy awards, winning two Daytime Emmys–one of which was for his writing role in Rolie Polie Olie. He has been an Executive Producer at Nickelodeon since 2012. He tells us his story and insights into a career of writing below:

We’d love to hear your recount of getting from Penn to now, including key decision points and what inspired you.

I'd like to say there were key decision points but it was a little less conscious than that. I always thought I wanted to be a writer even in high school, but I didn't really have any particular concept of what that looks like. I went to a high school outside of Philadelphia and we had a program where you could miss the last semester of your senior year if you got an approved internship. So I was actually working at a news radio station for that semester, and at that point I thought I probably wanted to be a journalist.

I started out college as an international relations and economics major, but as I went through I realized I just like reading and writing papers so I changed to English. And I think even though Penn had no film program at all, they had one professor, a guy named Mark Crispin Miller who's actually at NYU now. He did a Hitchcock film and a Kubrick film course and they were basically the only film courses that I can remember but a buddy of mine dragged me to one of them and they were fantastic. So I took everything that he taught and that was sort of how I got into film. I didn't have any idea you could actually write for movies. Growing up I just didn't even think that people did that. At the same time I took a course by this professor Cary Mazer in English Dramatic Writing that was really great. And so I got into playwriting simultaneously. So by the time I was a senior I had done a semester abroad in Paris and when I came back from that I was really ready to go to New York and just get on with things and start writing. So I set up my schedule such that I could go to Penn a couple of days a week, I was working at a restaurant downtown, and then I'd take the last train to New York and be there for like two days a week. I did that for my senior year, basically going back and forth.

Wow! Did you have a gig at New York or something like that?

Not really, I actually just did a lot of odd jobs. I kind of became an accidental actor. I don't really remember exactly how it worked but I somehow ended up acting in a shoe commercial. Again I didn't even really realize people act, like it wasn't a realistic thing. I made a few thousand dollars in residuals over the summer which for college kids was amazing.

So I ended up getting a bit of an acting career that was my day job weirdly enough—and that brought me to LA because that's where the money in acting was. I kept coming out to LA for paid work and at some point I just stayed. But I was always writing and always wanted to write.

The thing that kind of got me back to it full time was the writers' strike because all work stopped. I did this playwrights’ workshop that was a multi-week workshop and conference. There were a lot of really interesting writers in it and that kind of got me back on the serious writing track. I also met my wife there so that was a big moment. And from there I really focused back on the writing, though I kept acting on the side for quite a while after that to pay the bills.

Acting was actually the greatest thing for writing for me in multiple ways. Getting to sit behind the camera—since I usually didn't have very big parts so I sat around a lot waiting to do something—I got to watch people work, watch people interact. I got to watch really good directors direct.

So I wrote tons and tons because there's just a lot of sitting around waiting. Eventually my wife and I had our first kid and we were making a low budget movie that we were basically producing. Our kid was 8 months old when she was offered an animated show called Rolie Polie Olie. And she thought she'd try it out. Not only did it work out as a practical matter, but she really really dug it. And then they doubled the order so she needed help so she begged me to help her. It turned out I really liked it and that's kind of how we stumbled into the kids and animation space and that's basically the space we stayed in for the last 20 years.

That really takes us back to memories watching Rolie Polie Olie as a kid.

It's funny because one of our one of our favorite moments was when our first kid was at preschool and they were asking everybody what their parents do. And our daughter said, my parents tell Olie what to say. I thought that's a pretty okay job description. It was pretty fun writing for our kids and their friends. And I think if we didn't have kids we would not have been very good at it. Having an audience right at home and spending time with them, you really knew what was going to keep them interested and entertained.

Emmys and Making It

And Rolie Polie Olie was your first Emmy right? Did you feel that was when you really "made it" in the industry?

I think that concept is really an unhelpful concept in general. Obviously there are super successful people that kind of have it set. But it's a very entrepreneurial industry and you really have to go out prove yourself again the next time and the next time and the next time. Yes, you get to levels where you're probably going to be able to feed yourself, and that's really important especially once you have kids. But I think it's a really unhelpful concept that one job or show or something means you've made it. And I watch a lot of aspiring writers looking for that. Really what you should be doing and are doing is building a reputation that's more transcendent than that. There are plenty of writers who get really high on the mountain or whatever you want to call it and fall off and have to start all over. It seems you took a leap of faith in knowing that you loved writing and wanted to pursue it – how did you have the confidence to do that?

You know, I really have no idea. If I did anything that was sort of smart—even though I didn't know I was doing it—was that I was just really open to opportunity. If somebody said, hey you want to come down here and PA on this job, standing and blocking traffic on 3rd Street? I would just go yeah, and I would show up. And it was partly out of necessity, but it was also because I didn't have any clear picture of what I wanted to do.

I know a lot of the Penn people out here who have done really well and they had much more clear pictures of what they wanted to do and I didn't really. I also had this idea that I was just going to go experience a lot of stuff. And I did. I just went and I did a lot of different jobs. I drove a flower delivery truck in Manhattan. I was a waiter and a bartender and I just sort of assumed that was part of the writer's education so I didn't have any issues with it

Was there any opportunity that in the moment didn't seem that significant for you but ended up being sort of a blessing in disguise?

I think that attending the playwrights' workshop and conference was that for me. Just in that I met a lot of the people I ended up working with in theatre companies at that moment. I met my wife which was huge. It was sort of that moment when I was 27-28 years old and I really threw down and decided if I'm going to be a writer I need to stop the odd-jobbing and start putting pages out. It took me until then to learn that you actually have to write things to be a writer. I realized you have to write fifteen screenplays that never get produced, that no one cares about, that everyone thinks stinks, before you write something that's marginally decent. You have to write fifteen plays, put eight of them up and watch six people watch them and be unconcerned until you find something that works. It is really a very grindy career; it is not the picture of writing that a lot of people have.

What's your advice for Penn students interested in going down this path of writing?

There are way more resources now and there's way more of a community than when I was at Penn. I actually support the Kelly Writers House because they are so fantastic for that. You should just go hang out at that place all the time. But the opportunity to really meet and hang out with writers is important. And you have to learn the business if you want to make money at it. It's an entrepreneurial business that requires time and effort and energy and networking and involves endless rejection at every level. There are huge names that have been trying to get movies or pet projects done for their entire careers and it never happened because you've got to convince someone to give you 60, 100, 200, 400 million dollars to go do something, and that's as entrepreneurial as any startup.

It never occurred to me at the time that that there was a need to understand the money-raising side of things. I started as an econ major so I actually understand that stuff very well and I can read a budget, but it took me a long time to realize that that's actually a really good skill. I think Penn has an amazing set of resources now that we didn't have when I was there.

When I was getting my MFA, one of my instructors said he had never written something that didn't get published. And he said the only reason is because he would not stop sending it out until got published! He just would not let anything sit unread on his desk; he made sure it got out there. With every film script, every play, every article that's not commissioned, it doesn't matter who you are until somebody says yes to making it or publishing it—until then it's just like everybody else's. The Writers
We are just a passionate bunch documenting passionate things. Write to us: writers@thesign.al
Read More 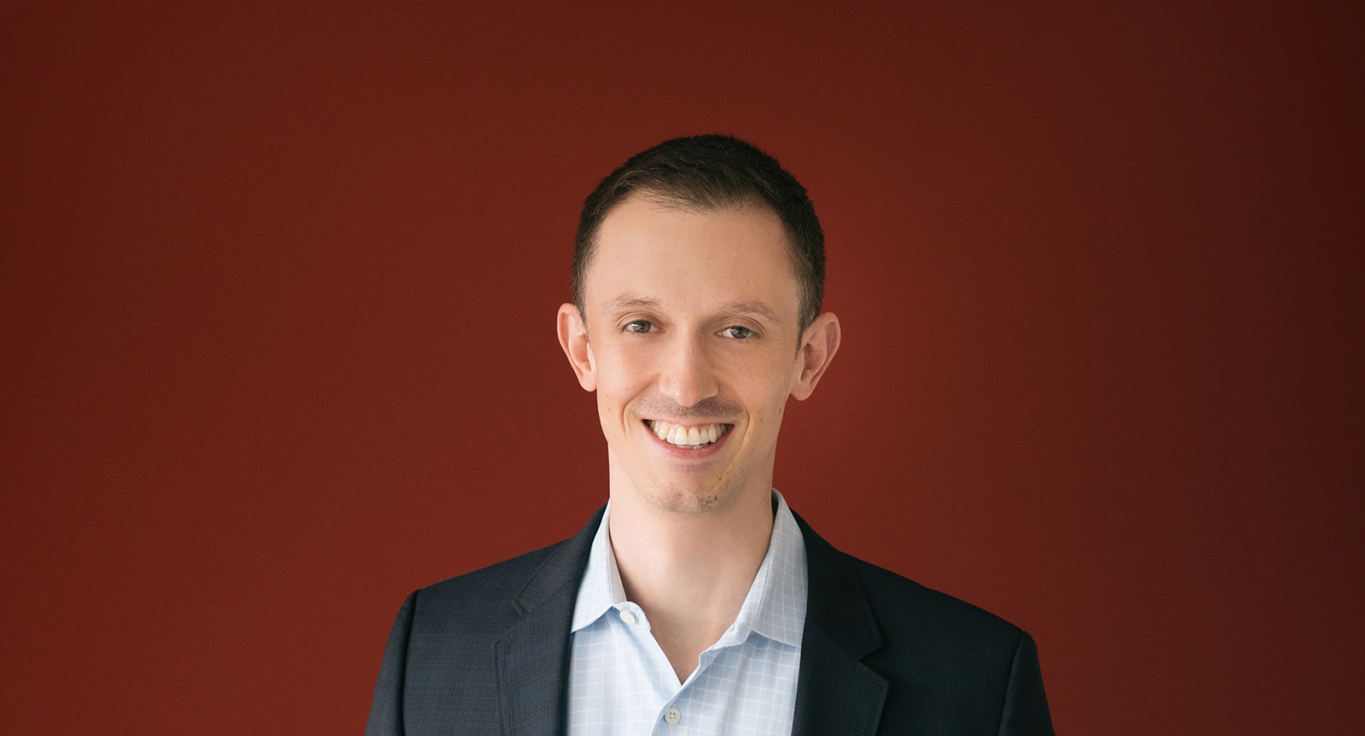 David Wertime on Giving Others a Voice Through Journalism David Wertime on his experience in the Peace Corps and founding a media company.