From Wharton Grad to Independent Illustrator: Alice Lee on Remembering Her Penn Experience


Alice Lee studied Management, Marketing, and Operations at the Wharton School, and is now an independent illustrator and artist based in San Francisco. Previously, she joined Dropbox as an early product designer and was the second illustrator on the team. She has illustrated for brands like Google, Coach, Facebook, and Slack, and also paints murals and creates physical installations. Check out her incredible work out at https://www.byalicelee.com/ or on Instagram, and contact her at hello@byalicelee.com! 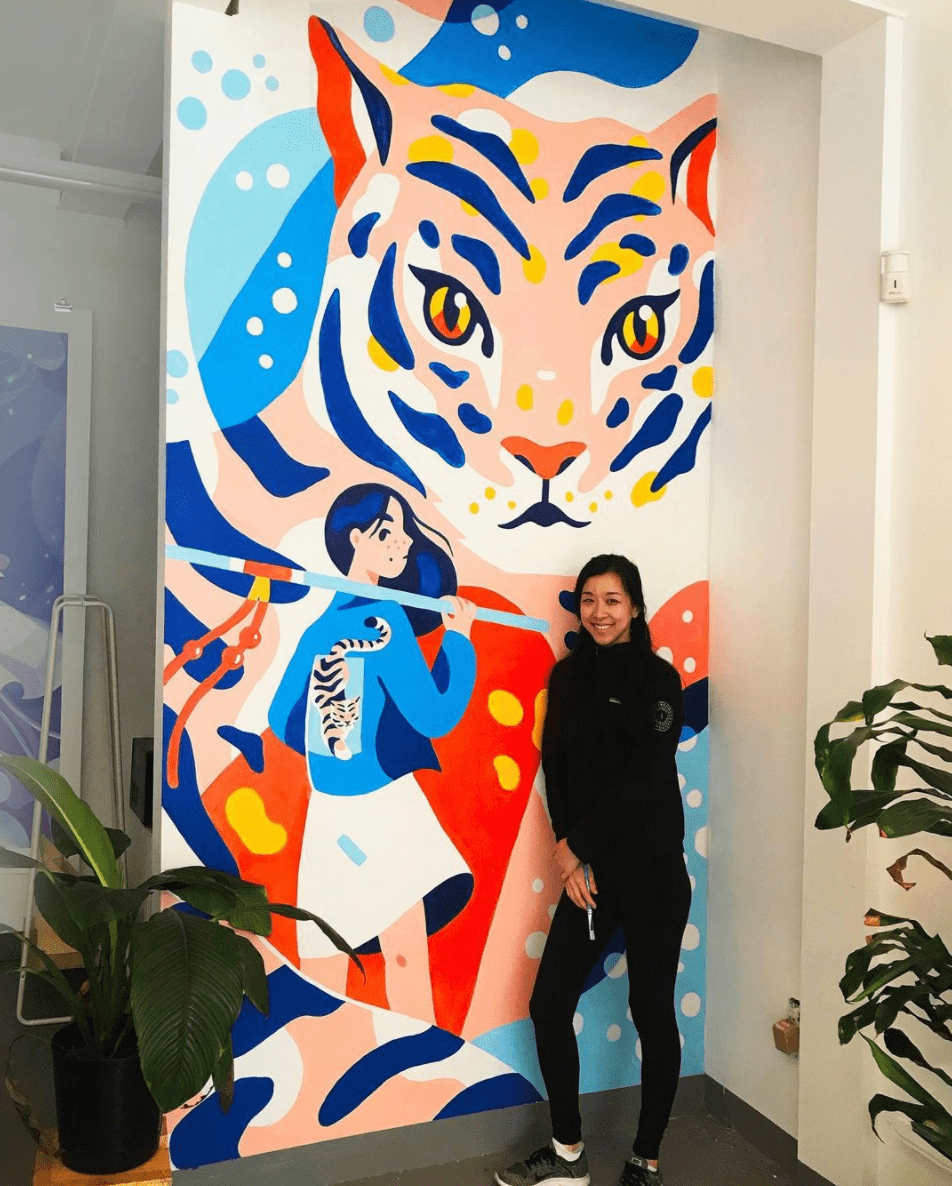 “So freshman year started for me in August 2009; and my first memory of stepping foot at Penn was, since I was in Wharton, meeting up with our Management 100 teams before all our classes started. I remember meeting everyone near the compass, and it was kind of this interesting vibe. We were all friendly, you know, since we were new to the school, but there was also this competitive vibe that I felt because we all knew that this was the group we would be working with but also judged against. That kind of sums up how I felt for much of freshman year.

It was a fun and new experience meeting new friends and being totally out of my element, but also because of the competitive nature of Wharton, I felt always on guard and trying to compete with other people for grades or internships; that was the conflict I began to feel when I came to Penn that year. I was really involved with MUSE (Marketing Undergraduate Student Establishment); even then my art side began to come out, but I didn’t realize it yet. Even in the business oriented environment, I would always find ways to express myself artistically, even when I didn’t think of it like that. For example, in my MGMT (Management) 100 class, for Powerpoint presentations, I’d work extra-extra hard on them to make them the prettiest, most aesthetically appealing, but also effective presentations. Looking back now I see this art and design part come out, but back then I was more concerned with the competitive Slytherin-nature of Wharton.

A big thing that happened to me freshman year was that in MUSE, I became the VP of Promotion, and I was the only freshman along with a lot of juniors. I felt like I had all these big brothers and sisters, and the crazy thing is that I’m still really close friends with a bunch of them now, which is really special! So I would describe my freshman year as: I did a bunch of things, and they became significant in my life in ways I did not expect.

Sophomore year, I came back to campus refreshed and a bit more confident, but still the conflict of the really competitive, cut-throat nature of Wharton really started to get to me. I’m a very competitive person as well, but I did not like to be in that environment. I remember we had to take a class called BPUB Lab where we’d solve a problem during lab. A lot of people worked together and submitted as teams, but I remember once my team was confused on what parts to do, and so I asked a friend about it, and she just wouldn’t answer me. I think it’s because we were graded on a curve, and she did not want to help another team, I guess? I felt bad about it because we were friends, too.

It’s a very transactional way to view your friendships if someone is genuinely confused and you don’t want to help them. It started to eat away at my perception of who I was within that environment and my path forward; the novelty and excitement began to wear, and it was time to be critical and examine: am I really happy here? My friend once said, “I think at Wharton, we’re so so intense about the end-goal, which seems to be, ‘let’s get the biggest/most prestigious job in the banking/consulting industry,’ and the way to get there is to get the best internships/grades.

And so we work so hard on this one goal, but there’s not nearly enough of the same critical thought around ‘why is this my goal in the first place? Why did I pick this path over all the other paths? What are the other paths?’” 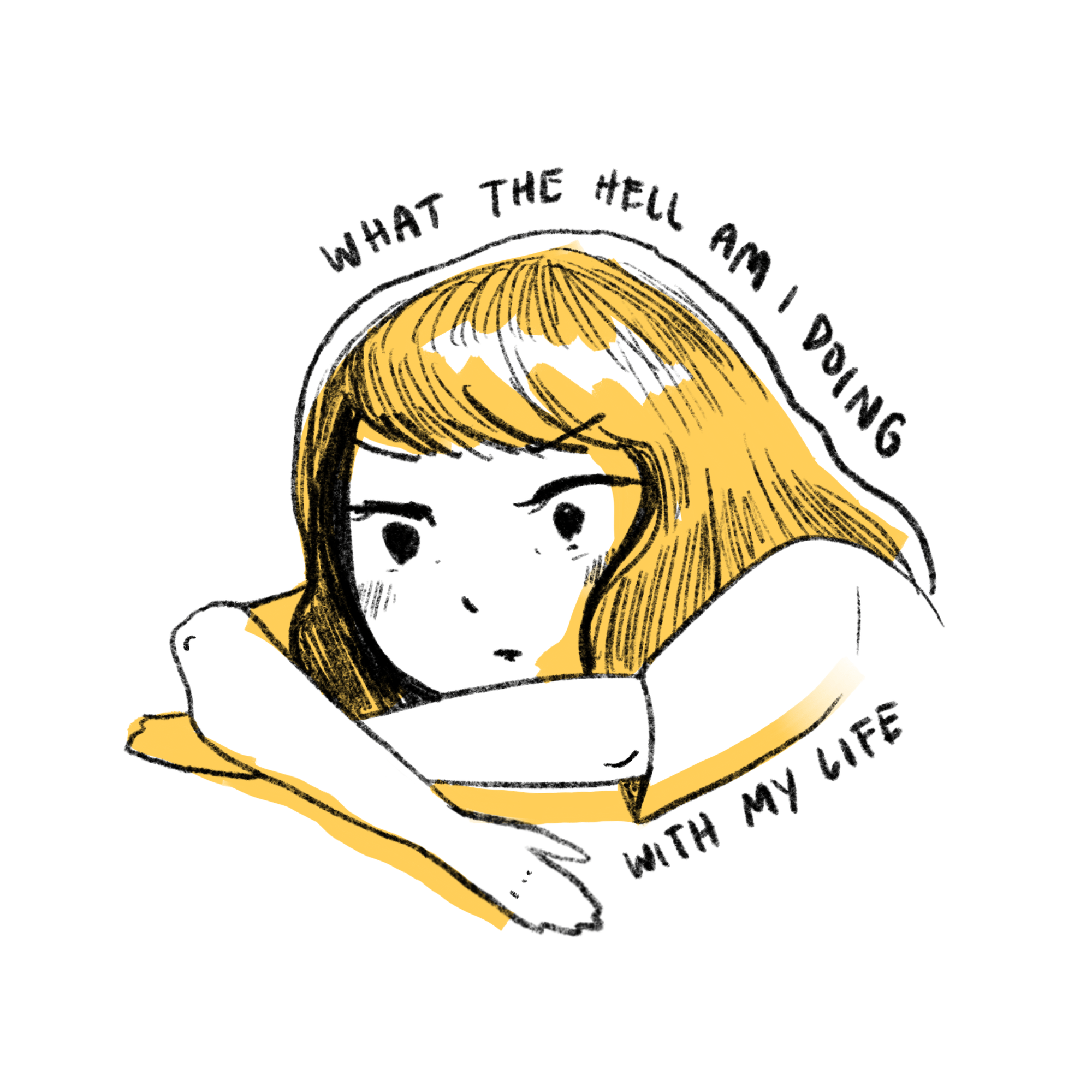 Sophomore year is when I started to get into photography, explore the neighborhood, and be curious, but it was also when I got extremely depressed. I really struggled with mental health for most of that year; I remember the waitlist for Counseling and Psychological Services (CAPS) was around a month long, so art ended up being a real outlet for me in those very dark times.

After that, I got an internship at Microsoft in Seattle that summer. It ended up being an amazingly rejuvenating experience that took me out of the competitive environment. There were all these activities in nature like kayaking and stuff; no one was competing, and everyone was just enjoying themselves. So while I was still experiencing depression, I was taken out of this competitive environment where everybody was fighting each other secretly, but being nice to your face. I thought to myself, “The world is so much bigger than my life at Wharton, but when I’m at Penn, it feels like a bubble that is so hard for me to climb out of.”

In order to remove myself and explore creative goals, I took a leave of absence my Junior Fall. At the time I didn’t know exactly what I wanted to do, I didn’t really have any specific goals, but I generally wanted to explore creative goals. I ended up getting an internship at Foursquare in New York. At that time there were around 60 people, and the Platform Team I was on was just me and my manager. It was a really nurturing, mentoring experience, and I got to redesign a website seen by a lot of developers and gain a lot of confidence in what I was able to do. I also got to do a lot more photography; I shot New York Fashion Week, did a project for a startup, and went to Ethiopia with two of my photography heros.

I remember distinctly when I was a sophomore at Penn, I thought, “I don’t really have any skills; I know how to give presentations and do cost analyses, but I don’t have any real skills that I could be easily inserted into a team.”

Looking back on my leave, I gained a lot of real, applicable skills, and I wanted to keep growing in that area. At the end of my semester off, I was wrestling with whether I wanted to go back to Penn at all; taking the leap of leaving was really hard but did wonders for my mental health and renewed my sense of direction and path in life. I had also sacrificed a lot at Penn to be there; I had left MUSE and other teams, and didn’t do any recruiting in my junior year. I didn’t want the environment to stamp out my fire again now that I’d built it back up. However, as a first-generation immigrant, my parents were really upset, and so I wanted to see it through to help fulfill their dream; I decided to beast it out and finish my last three semesters in just two.

Going back to Penn, I had this rule that I was only going to do things that I was 100% excited about, not anything that seems like the right thing to do because everyone else was doing it.

I started writing a column in the newspaper, got into the hackathon scene (very new at the time for designers), did a fun project called Dear Instagram (that went viral), and didn’t participate in recruiting at all! I was much happier then with the attitude of “I’m not trying to get a 4.0 GPA anymore, I’m just trying to learn.” If I got C’s or B’s, that was okay; I was being more selective on how to spend my time. 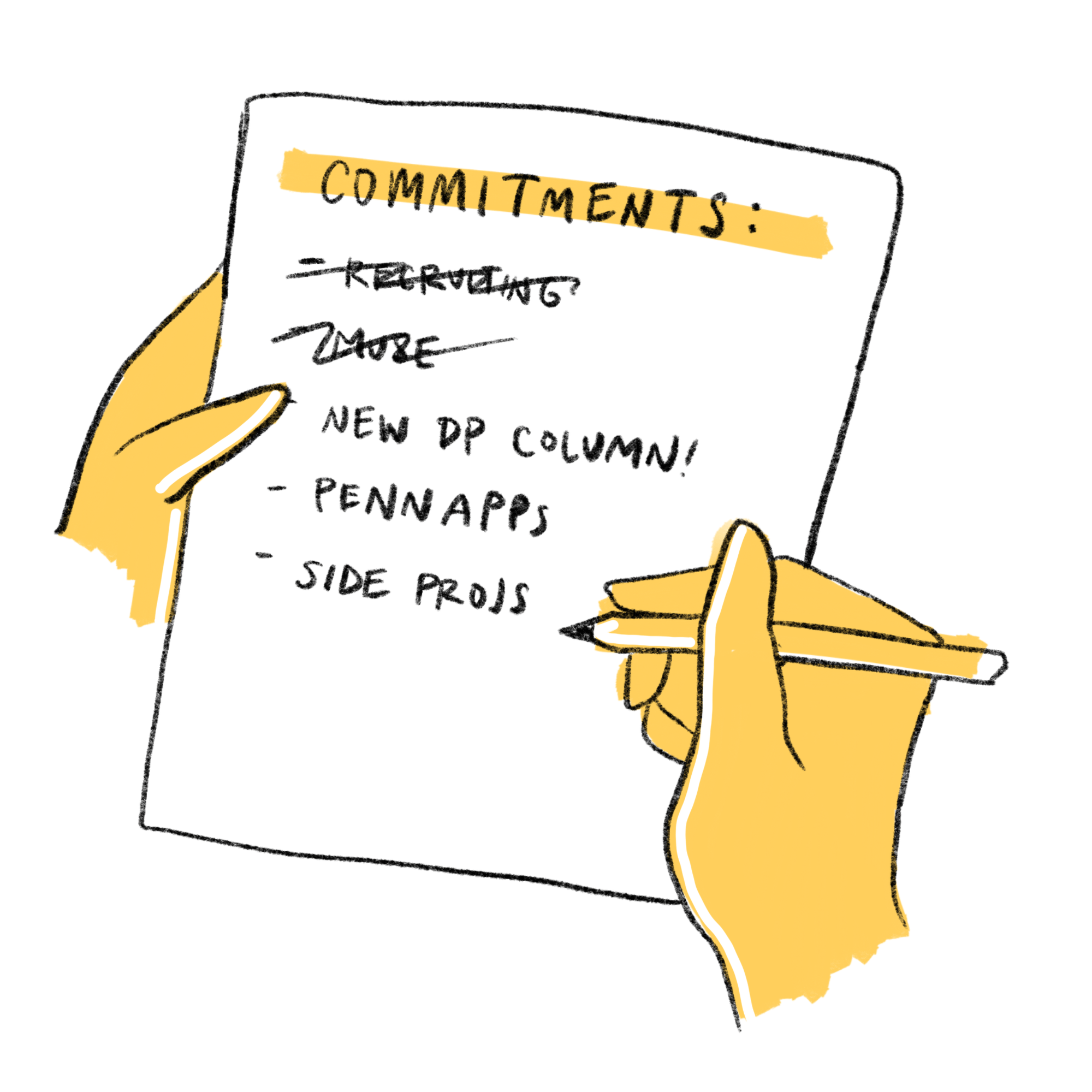 My viral project led to an internship at Path in SF, and I fell in love with SF. I was on the business team, but I would weedle my way into doing small design and PM projects. I’m still great friends with my manager from then, and overall it was a great experience.
So by the end of it, I had graduated in 6 semesters, and then I left that winter to work at Dropbox as an early Product Designer, which is its own journey!" Janet Wang, along with Helen Wu and Melody Chang, are hosts of AsianBossGirl (ABG), a podcast for the modern Asian American woman. Janet graduated from UCSD